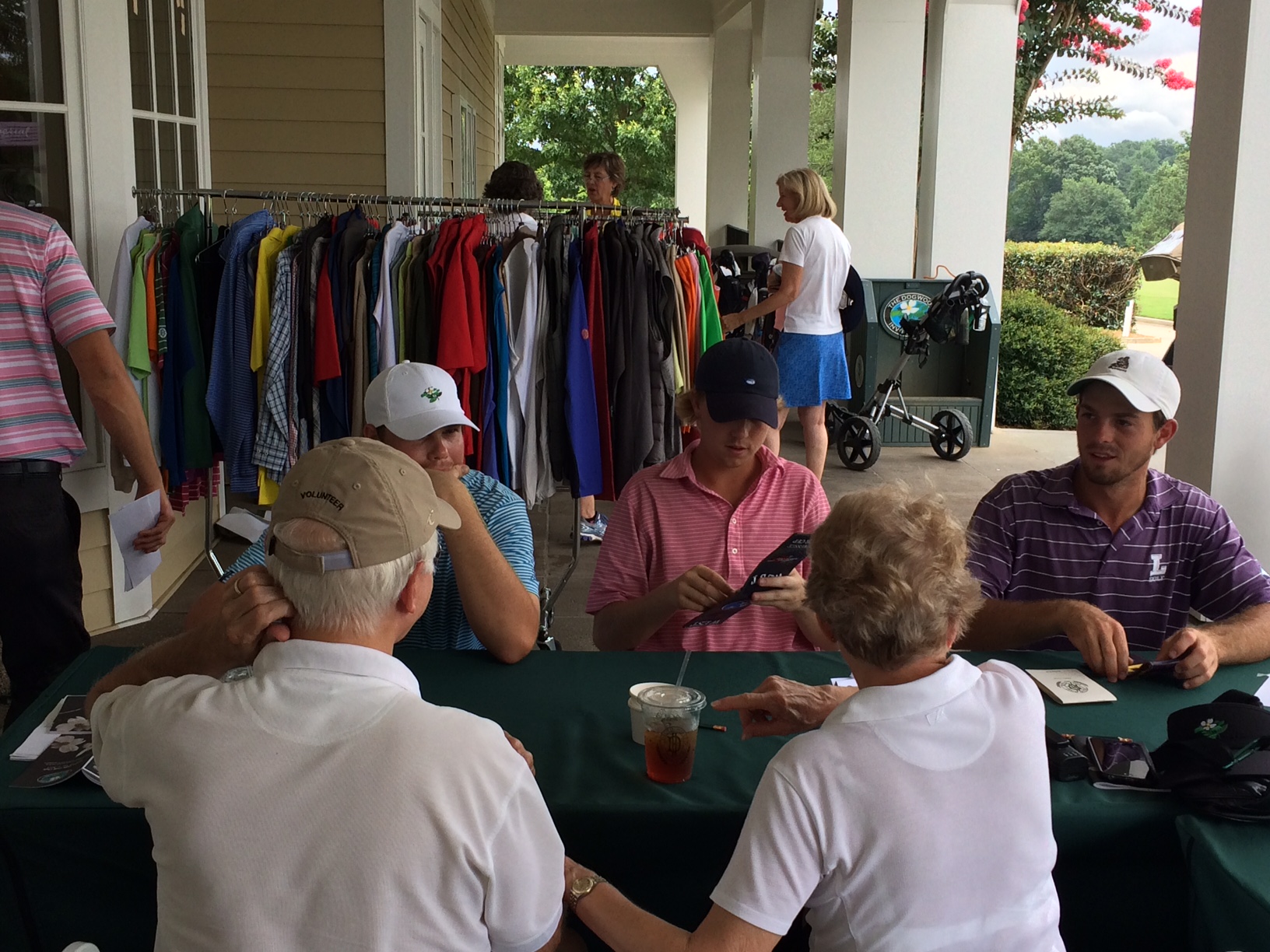 Dawson Armstrong continued his incredible run at the Dogwood Invitational and put himself in position to win another championship.

Armstrong, a senior at Lipscomb University, shot a second-round 65 on Thursday at Druid Hills Golf Club and stands alone in first place at 13-under 131.

Armstrong won the Dogwood Invitational in 2015 and tied for second in 2016. No player has won the tournament twice since play was resumed in 1994. The last multiple winner of the tournament was Bill Harvey in 1967 and 1971.

“I started off really slow,” Armstrong said. I had a wedge in my hand on the first hole and made bogey.”

That – and a bogey at No. 4 — were rare mistakes. He made four birdies on the front and five more on the back.

“I hit a bad wedge at No. 11, but was able to get up and down and I felt that was probably the turning point of the round,” Ogletree said. “I got lucky and birdied No. 17 and had 30 coming in. It was pretty fun.”

The three players tied at 10-under 134 are recent Campbell University graduate Gaston Bertinotti, recent Seton Hall graduate Lloyd Go, and Douglasville’s Austin Fulton, who will be a freshman this fall at Mississippi State.

Fisk was a recipient of a Reynolds Scholarship that is funded through the tournament. He had played the par 5s in 9-under par. He hit a 5-iron to within six feet on No. 7 and made eagle on Thursday after holing out a 70-yard shot from the fairway for eagle at No. 14 on Wednesday.

Defending champion Charles Huntzinger, a junior at Penn State, rallied from a horrible first nine to shoot 71 and stands tied for 17th at 6-under. Huntzinger started on the back nine and went triple-bogey, bogey, bogey to shoot 38. He rebounded to birdie three of the final four holes and remains in contention.

The cut fell at 3-under, leaving 42 players to compete on the weekend.

The threat of bad weather on Friday has caused tournament officials to begin competition at 7:30 a.m. Players will be grouped in threesomes and will start on the first and 10th tees.